One of the oddest things about my blog is that I rarely utilize it for what it was originally intended- namely, sharing my writing. Since I’m nearly finished with REAPERS TWO, I decided I would share some of the writing techniques I used in the conception of that novella, and hopefully get new ideas from other writers about their character-building habits and techniques.

Today I thought I’d share a specific technique I use for conceiving characters: I assign them a song.

On the surface this may seem counter-intuitive since music is capable of conveying emotion without words, but I find that the perfect song will reveal emotions or behaviors in the characters I create long before I construct a single sentence. The right song can encapsulate a single moment or an entire lifetime of a person’s emotional experience (recent birthday boy ElGuapo knows what I’m talking about). With that in mind, I’ll describe two different ways I use music to build characters.

The first way I do this is to create a generic version of a character in my head, and then find a song that suits him/her after the rough draft is written. I find this works best for when I really want to “flesh out” a character by layering dimension over the bare bones of the initial conception. One of the characters that benefited most from this technique was the character of Raphael in THE GODS OF ASPHALT. Because his character was the most like me, I found that he was the hardest to flesh out. You’d think he’d be the easiest since I ought to know him so well, right? He wasn’t. I suppose that is because it is always easiest to hide our truest selves from ourselves. Well that, and the fact that I had never planned for him to resemble me in the first place. By the time I did my first run-though edit it was painfully obvious that I had captured myself in print.

I struggled for what seemed like forever to find something, anything, about myself in Raphael that I could use to turn him from an angry, closed-off parent into a character with true dimension. Finally I discovered that what made his character and myself alike was our inner struggle with our ethnicity. Being raised as an American in a household filled with Old-World ideals made it hard for me to know who I really was and where my loyalties lay. I was constantly conflicted and to this day struggle for a sense of equilibrium. Without realizing it I had passed that same internal struggle onto Raphael.

Once his (our) internal conflict had been revealed, I searched for music that would tell the story of a compelling character- one who grew from a disgruntled Midwestern teen into a man struggling to find peace as a proud Spanish father. Rodrigo y Gabriela’s cover of the Metallica classic ORION instantly became that song for me.

From that moment on, every time I wrote Raphael I would listen to that song. The music brought him to life for me; from the timbre of his voice to picturing the way he walked. ORION became the soundtrack to every scene Raphael was in and helped me navigate his character through the story.

This next example illustrates the same technique, although switched-up a bit. That example is the character of Lucifer in THE REAPERS WITH ISSUES Series.

Unlike the example above where I conceived of a character before assigning him/her a song, with REAPERS I was faced with the challenge of re-characterizing established characters. The one that gave me the most trouble was Lucifer. The difficulty lie in the fact that Lucifer is more than established; he is downright iconic. There isn’t a culture on the planet that doesn’t have a vision of evil-incarnate, so how was I to reinvent him?

I knew that within the context of the story I would have to humanize him to some degree, so I decided to portray my version of Lucifer not as purely evil, but simply as…a dick. I also knew that to “flesh” him out would not be to layer dimension onto him, but to reveal him; to strip away his skin and discover what makes him tick.

Every version of Lucifer that sprung to mind was a stereotypical construct from the deepest, most generic part of my brain. I had nearly lost all hope when I came up with a solution: I’d do it all backwards and let Lucifer pick his own music. Sounds crazy, right? Well it worked. I turned on my music, closed my eyes and listened to every song I could think of that wasn’t evil, dark or brooding until Lucifer revealed his song. That song, believe it or not, was CLINT EASTWOOD by the Gorillaz.

Why that song? I have no idea (I let Lucifer pick, remember?). But I will tell you that things became instantly clearer for me whenever I listened to it. I easily pictured the way he walked [slightly slouching] to the way he spoke [slightly spoiled] and imagined a dozen tiny little habits [folding origami] the instant that song became a part of his character. But as great as that song was, it wasn’t exactly right. I needed a version of that near-perfect song to do more than just bring Lucifer to life. I needed Lucifer to be reborn.

I enlisted the help of a musician to remix CLINT EASTWOOD into something that sounded slightly more sinister, slightly more spoiled, and slightly more modern. Below is that song: Lucifer’s Remix conceived of by production musician extraordinaire, DJ Casper. Believe me when I tell you that to my mind, this song IS Lucifer.

I imagine the idea of using music to inspire or create words on a page may seem unconventional or downright bizarre, but to me it is the most natural thing in the world. I chalk it up to spending too much time on the road as a kid with nothing by my father’s music and my imagination to keep me company. I firmly blame my inability to finish GOA2 on the fact that I can’t figure out what kind of music River listens to. Like Lucifer, I’ve decided to let River choose. I am praying he’s not into Rap. 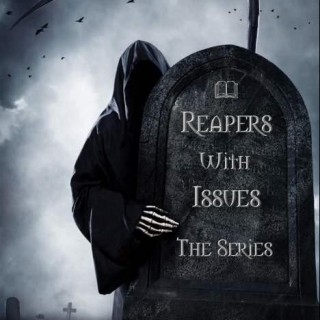